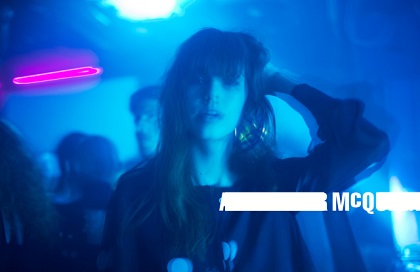 McQ is a high-end contemporary brand from the House of Alexander McQueen, distils the vision of Creative Director Sarah Burton into collections that embody an urban, young London. Rooted in the renegade spirit of Lee Alexander McQueen who founded the brand in 2005, McQ has an independent and rebellious spirit that sets it apart from its contemporaries.
SIGN UP FOR MCQ ALEXANDER MCQUEEN UPDATES
ALL WOMEN MEN KIDS
GO TO SALES

Shop for the works of art that are Alexander Mcqueen shoes

The late Lee Alexander McQueen was a legendary English designer. At a very early age he earned an apprenticeship alongside tailors Anderson & Sheppard with Savile Row and demonstrated skills that soon made him known in the fashion industry for his exquisite tailoring abilities. During that apprenticeship, he enrolled for an MA in fashion design at the iconic Central Saint Martins College in London which he completed successfully and his final graduation show was accompanied by raving reviews. From 1996 until 1997 he designed David Bowie’s tour wardrobe and was sought after many artists in order to create unique styles. From 1996 until 2001 he served as chief designer for the legendary house of Givenchy. His early collections were shocking yet masterful and earned him the nickname “l’ enfant terrible” among the fashion world but it was his unique and awe inspiring runways that made him infamous. His spring 2003 collection featured the recreation of a shipwreck. In 2005 he presented a human chess game and in 2006 he made history with his “Widows of Culloden” show that featured a hologram of Kate Moss levitating among yards of flowing fabric in the middle of the stage. Sadly, he took his own life in 2010 leaving the fashion industry and the world in mourning for the loss of a living legend. Numerous celebrities have worn his creations and Kate Middleton’s wedding dress bore his signature. Today, his legend lives on as the brand continues to create Mcq dresses and sneakers as well as fine Alexander McQueen shoes coveted by fashionistas and celebrities alike.

At Soho Soho you can find a wide selection of Alexander Mcqueen shoes as well as Mcq dresses and sneakers. Browse through the Alexander Mcqueen shoes category and narrow down your desires to trainers flats or heels. Shop for a fashionable backpack and make a statement by merging the unique Mcq style with your own. A stylish bag, an exceptional coat, a jacket or even a pair of sunglasses are available at a button’s click and delivered promptly to your door. Give yourself the gift of fashion by making Mcq dresses and sneakers part of your collection. Pay tribute to “the hooligan of British fashion” and become a true fashion lover.